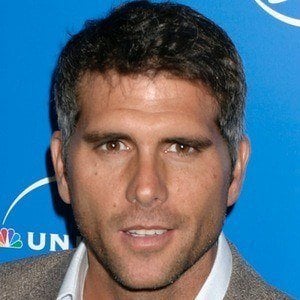 Peruvian soap opera actor and singer known for his roles in films and telenovelas.

He was a member of the popular Peruvian Rock band Arena Hash.

His mother is Gladys Zender, the 1957 Miss Universe.

He married his former co-star Marisol Aguirre in 1995. They had three children before divorcing in 2008.

He is a former bandmate of rocker Pedro Suarez Vertiz.

Christian Meier Is A Member Of