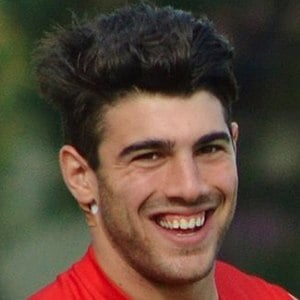 Australian rules football midfielder who made his AFL debut with the Melbourne Football Club in 2016. That same year, he received an AFL Rising Star nomination and was selected for the 22 Under 22 team.

He was named the captain of the football team at Whitefriars College in 2013.

He won the 2014 Larke Medal as the MVP of the AFL Under 18 Championships.

He became teammates with Jordan Lewis while playing for Melbourne.

Christian Petracca Is A Member Of