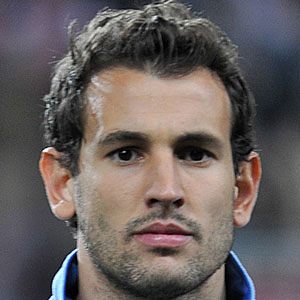 Striker who joined Espanyol in 2013 after playing for such teams as Reggina, Racing Santander and Levante. He became a member of the Uruguayan national team in 2012.

He debuted professionally for Danubio in 2004.

He scored his first international goal on September 10, 2013 in a 2014 World Cup qualifying match against Colombia.

He was born in Tala, Uruguay.

He and fellow striker Luis Suarez became teammates on the Uruguayan national team.

Christian Stuani Is A Member Of