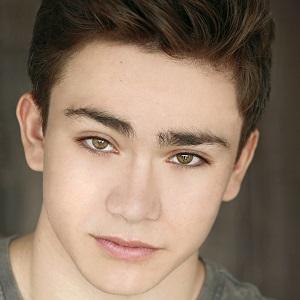 Child actor best known for roles like that of Bones in the film "Bless Me, Ultima." In 2011, he won the Young Artist Award for Best Performance in a Short Film by a Young Actor 11 and 12.

He began appearing in commercials in 2005.

He was nominated for Best Performance in a Feature Film by a Leading Young Actor at the Young Artist Awards for the movie "Das Kind (The Child)".

He was from San Jose, California; but raised in Los Angeles by his mother Tomasine. He began a relationship with YouTuber Grace Niccole.

He co-starred alongside actor Benito Martinez in the film adaptation of the acclaimed novel "Bless Me, Ultima."

Christian Traeumer Is A Member Of