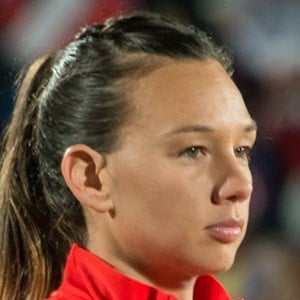 Chilean professional football player recognized for her skill as a goalkeeper. She has played as part of the Paris Saint-Germain club, the Valencia CF, and the Chelsea LFC club as well as the Chilean national team.

She started her career playing football in 2008 for the Union La Calera club. She made her debut on the Chile national team in 2009. She played in college for the South Florida Bulls in 2012 and after finishing her collegiate career, she joined the Chelsea LFC club in 2014.

She was born and raised in Hijuelas, Chile.

Other professional players who are also known for their work the Chilean national team include Francisca Lara and Maria Jose Rojas.

Christiane Endler Is A Member Of