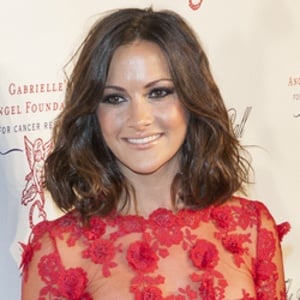 Journalist who became known as the wife of director David Arquette. She was a correspondent for Entertainment Tonight and has interviewed the likes of Miley Cyrus, Robin Williams and Robert De Niro.

She has also acted and was on the television series The Young and the Restless in 2011.

She and David had a son named Charlie in April 2014 and married a year later in April 2015. Coco Arquette became her step-daughter.

Her husband was previously married to actress Courteney Cox.

Christina McLarty Is A Member Of