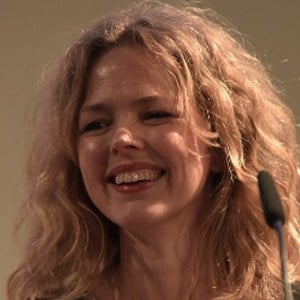 Spanish pop singer and songwriter who is best recognized for having been a member of Alex y Christina. She is also known for her solo career and for the popular singles "Voy en un coche" and "Tu Por Mi".

She first started her career with the Alex y Christina group which released their first album in 1987. She then joined Christina y Los Subterráneos in 1992 before embarking on a solo career in 1997.

She was honored with the Premio Nacional de Musica in 2018.

She worked with Lee Ranaldo of Sonic Youth when he produced her album in 1999.

Christina Rosenvinge Is A Member Of