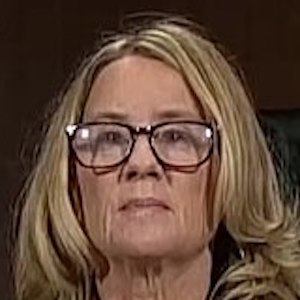 Professor of psychology at Palo Alto University and research psychologist at the Stanford University School of Medicine. She is best known for her public allegations against Supreme Court Justice nominee Brett Kavanaugh which she made in September of 2018. The following month resulted in a Senate Judiciary Committee hearing as well as extensive press coverage.

She is well known for her activism work and has participated in the Women's March protesting sitting President Donald Trump as well as the March for Science in San Francisco to protest Trump's administration cuts to research.

She married her husband Russel Ford in 2002 and together they have two sons.

After contacting congresswoman Anna Eshoo, they together decided to send a letter to senator Dianne Feinstein about the allegations against Brett Kavanaugh in July of 2018.

Christine Blasey Ford Is A Member Of