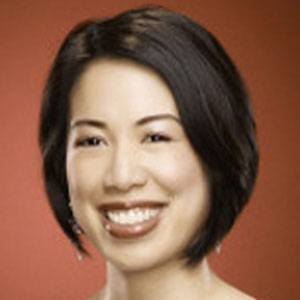 Winner of the third season of MasterChef and author of Recipes from My Home Kitchen: Asian and American Comfort Food.

She was diagnosed with neuromyelitis optica in 2004 and was virtually blind by 2007.

She was the first blind contestant to appear on MasterChef.

She grew up an only child in Southern California; she later moved to Houston, Texas. She married John Suh in 2011.

She and Adam Liaw both won the reality TV competition MasterChef.

Christine Ha Is A Member Of