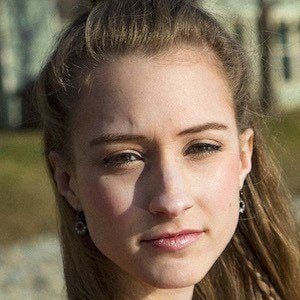 YouTube personality who is known for having co-created The Happy Family Show channel. She created it alongside her younger brothers Josh and Kevin, and gained renown for posting their comedic series involving Barbie dolls.

She and her brothers began collaborating in March 2011. They posted the first episodes of The Happy Family Show on their mother's channel. After garnering over 50,000 views in the first season, they decided to create the official HappyFamilyShow channel on January 12, 2012.

She was born in Indiana, and raised alongside her two younger brothers.

She and her brothers are close friends of pop singer Jon Klaasen, whom they met through mutual friends.

Christine Jones Is A Member Of