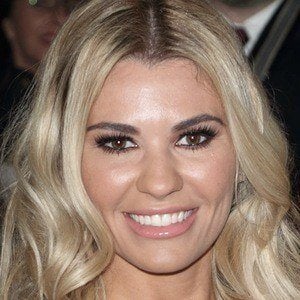 Beauty pageant contestant and model who is recognized for having been crowned Miss Commonwealth and Miss Liverpool. She also modeled for the boutique clothing and swimwear line Cricket.

She entered her first beauty pageant as a teenager.

She competed on an episode of Who Wants to Be a Millionaire in 2012.

She married comedian Paddy McGuinness in 2011, with whom she had three children.

In July 2017, she was a guest on Eamonn Holmes's ITV This Morning show.

Christine McGuinness Is A Member Of