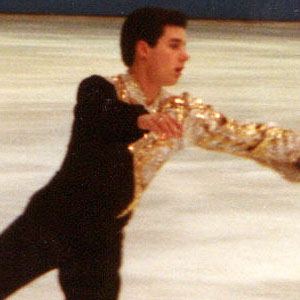 Champion figure skater who unexpectedly died from a drug overdose at the age of 40. He was a two-time United States National Champion and competed at the 1988 and 1992 Olympic Games.

He was a child actor who appeared on "Little House on the Prairie" as well as several television commercials.

He revealed that he had been spending $1000 per day on cocaine in the figure skating expose "Inside Edge."

He was married to skating coach Annette Bowman Jasinkiewicz. They had a daughter named Bianca in 1997.

He and Nam Nguyen were both World Junior Champions in men's singles figure skating.

Christopher Bowman Is A Member Of