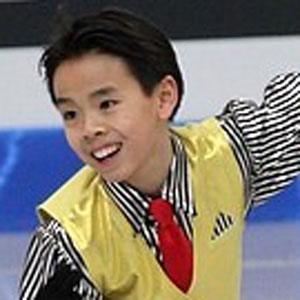 He and his family moved all around Canada during his childhood, living in cities like Ottawa and Toronto.

He became the youngest skater ever to win a junior men's championship.

He has a younger sister named Kim.

He and Johnny Weir have both been World Junior Champions in figure skating.

Nam Nguyen Is A Member Of