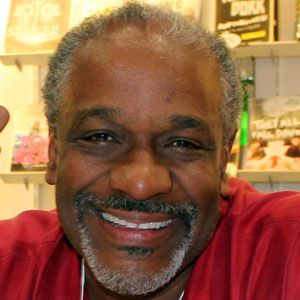 First African American recipient of the Newbery Medal for children's literature, he is best known for works such as Bud, Not Buddy and The Watsons Go to Birmingham - 1963. His other award-winning books include Elijah of Buxton and The Mighty Miss Malone.

He published his first book the same year he graduated from the University of Michigan-Flint in 1999. Prior to that he worked on a factory assembly line for over a decade in his native Michigan.

His work, The Watsons Go to Birmingham--1963, won the Coretta Scott King Award.

He grew up in Flint, Michigan. He and his wife, Habon Curtis, had children named Steven, Cydney, Ayaan and Ebyaan.

Christopher Paul Curtis Is A Member Of