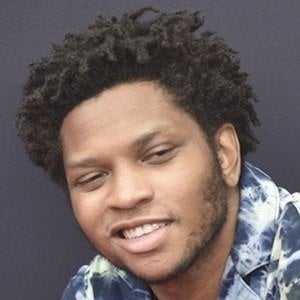 Singer known for his debut EP Zebra, which featured the single "Weight in Gold." He released his first album in 2016.

After developing his interest in music while in school, he attended New York University.

His album, Ology, topped the iTunes R&B charts and was produced by Mind of a Genius. He usually goes simply by the mononym Gallant.

He grew up in Columbia, Maryland after being born in Washington, DC. His full name is Christopher Gallant.

He recorded the song Skipping Stones with Jhene Aiko.

Gallant Is A Member Of