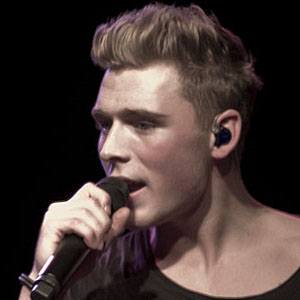 Danish Music Award winner who has released the certified platinum songs "Against the Odds" and "Nothing in Common." His albums Colours and Told You So peaked at #4 and #2 on the Danish Top 40 record chart.

In 2014, he had 5 charting singles, including "CPH Girls" which was a chart-topper.

He was born to parents Gert and Liselotte and has a younger brother, Oliver. He began dating model Cecilie Haugaard in 2014.

He was featured in Brandon Beal's "Twerk It Like Miley."

Christopher Nissen Is A Member Of