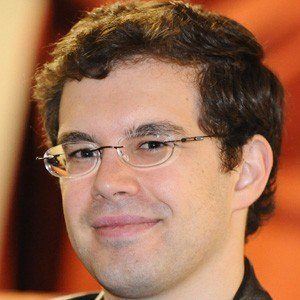 Acclaimed author of the fantasy series the Inheritance Cycle, which includes the novels Eragon, Eldest, Brisingr, and Inheritance. The books in the cycle sold more than thirty million copies in the decade following their publication.

He was home-schooled in Paradise Valley, Montana. Upon finishing his studies at the age of fifteen, he began writing Eragon.

He originally planned the Inheritance Cycle as a trilogy, but later decided to add a fourth book to the series.

He and his sister, Angela, were born in Montana to Kenneth Paolini and Talita Hodgkinson. His parents self-published Eragon and took it on the road to libraries and high schools, where it gained popularity.

Christopher Paolini Is A Member Of