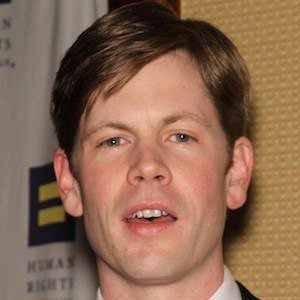 Best-selling writer known for his novels A Density of Souls, Light Before Day, and The Vines. His 2013 novel The Heavens Rise was nominated for a Bram Stoker Award.

He attended, but did not graduate from, both the Tisch School of the Arts and Brown University. His first novel was published in 2000.

He comes from a literary family, as his mother is Anne Rice and his father was Stan Rice. He founded the internet radio show The Dinner Party Show in 2012.

He had a sister named Michele who died before he was born. He's openly gay.

Christopher Rice Is A Member Of