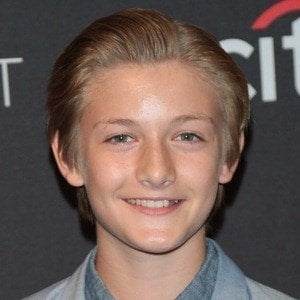 American actor best known for playing the role of Dean Axelrod in the Showtime series Billions. In 2018, he began starring as Joey in the ABC comedy The Kids Are Alright. He has also been a part of the original cast of the Broadway production of Finding Neverland.

One of his earliest roles was as Kid Columus in the 2014 TV series The Heart, She Holler.

He portrayed the character Derek in the 2014 short film Operation: Christmas Present.

His parents have also acted in Broadway productions and television shows.

He acted alongside Paul Giamatti in the television show Billions.

Christopher Paul Richards Is A Member Of