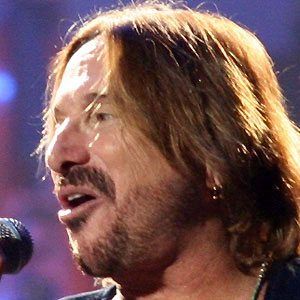 Lead vocalist of the 1970s rock band, Three Dog Night, the group that released the #1 hits "Joy to the World" and "Black & White."

He was once featured on the A&E show Intervention with his son, a drug addict.

In addition to his son, he had three children with wife Kate Vernon.

Like musician Nick Perri, he once struggled with drug addiction.

Chuck Negron Is A Member Of