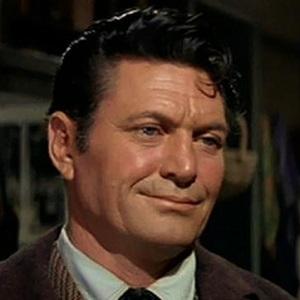 Stuntman and actor who served as John Wayne's stunt double in multiple films and also played supporting roles in TV and film westerns. His credits include Death Valley Days, The Wonderful World of Color, and The Lone Ranger.

He moved to Southern California with his wife and daughter and was employed by the Culver City Police Department as a gate guard for MGM Studios. He subsequently served in the U.S. Army during World War II and became involved with stunt work upon his return to California.

He became known in Hollywood as Bad Chuck, a nickname that poked fun at his rowdiness and distinguished him from Chuck Hayward (Good Chuck), another stuntman of the era.

He was born to farmer Ollie W. Roberson and Jannie Hamm Roberson, and he grew up on cattle ranches in Texas and New Mexico.

He frequently worked on films directed by John Ford.

Chuck Roberson Is A Member Of