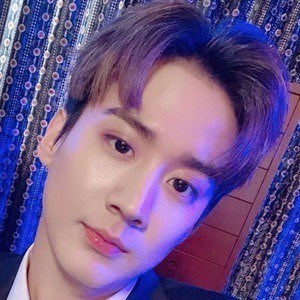 Pop singer who is known for his time as a member of the South Korean boy band Teen Top. In June 2015, they released their 6th mini-album, Natural Born Teen Top, which debuted at #13 on Billboard's World Albums chart.

He was only one of two, of Teen Top's six total members, to gain membership through a private audition.

His name means "to have a voice that covers the heavens and the earth." As a member of Teen Top, he has appeared on the Korean reality competition singing series Weekly Idol various times.

He was born and raised in Seongnam, South Korea.

After having passed his private audition, he joined Changjo as one of Teen Top's founding members.

Chunji Is A Member Of