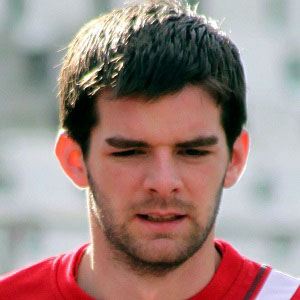 Striker who led Celtic FC to its first Scottish Cup title in 2007. He later won both the Cypriot First Division and Cypriot Cup titles with APOEL in 2014.

He played for his home town youth club Bailieborough Celtic before making his senior debut in 2006.

He scored the only goal for APOEL in the club's 1-0 victory over AEL Limassol in Cypriot Cup in 2014.

His parents were both teachers in Bailieborough.

He was teammates with superstar Kris Boyd at Kilmarnock in Scottish Premiere League.

Cillian Sheridan Is A Member Of