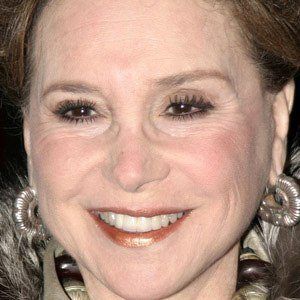 American gossip columnist and biographer who became known for being the widow of comedian Joey Adams.

She did not graduate from high school because she refused to learn to sew.

She became a syndicated columnist in 1981.

She was a panelist on NBC's To Tell the Truth, which was hosted by Lynn Swann.

Cindy Adams Is A Member Of