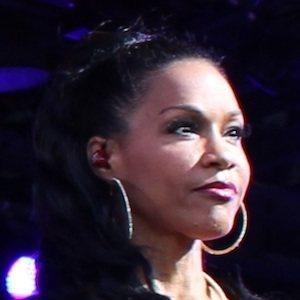 Rose to fame as one member of the legendary R&B girl group En Vogue. The group is one of the world's bestselling girl groups and En Vogue has scored six Grammy nominations throughout their long and illustrious career.

She began her career as a cabaret singer and would later become a background singer. She was also a runner-up in the 1986 Miss California Pageant.

An actress, she was a cast member in PBS's Up and Coming and has appeared in the films Batman Forever and Juice.

Her father was African-American and her mother was German/Swiss. She married Glenn Braggs in 1994; they have four children together.

She was a member of En Vogue alongside Maxine Jones, Terry Ellis, Rhona Bennett, Dawn Robinson, and Amanda Cole.

Cindy Herron Is A Member Of