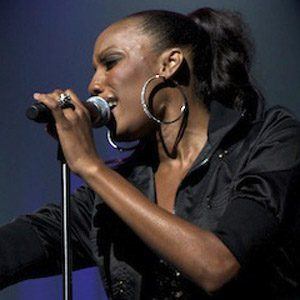 Actress and singer most famous for playing Nicole on the long-running sitcom 'The Jamie Foxx Show'. She was also a member of the R&B group En Vogue from 2003 to 2008.

She was a Mouseketeer on "The Mickey Mouse Club" in the 90's.

She was nominated for a Grammy as a member of En Vogue for the group's appearance on the Stevie Wonder song "So What the Fuss" in 2005.

Her grandmother encouraged her parents to support her music career.

Rhona Bennett Is A Member Of