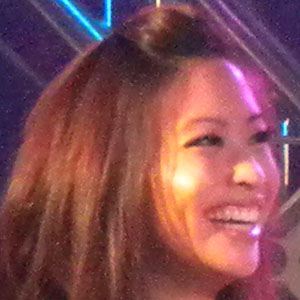 Taiwanese singer and actress who was the first singer to sign with JVR Music in 2009.

She graduated from the University of Texas at Austin and won the Miss Chinatown Houston title in 2008.

Her first full film acting role was in 2012's The First Time.

She was brought up by her mother after her parents divorced when she was twelve years old.

Cindy Yen Is A Member Of