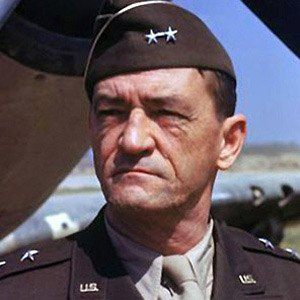 After studying at Louisiana State University, he entered a United States Army officer training program at Fort Benjamin Harrison in Indiana. He went on to serve during World War I in the Army Air Service.

Suffering from hearing loss and lung problems, he ended his American military career in 1937 and became a civilian trainer of Chinese military pilots.

His first marriage, to Nell Thompson, resulted in eight children. He and Thompson divorced in 1946, and he remarried Chinese reporter (and future politician) Chen Xiangmei, with whom he had another two children.

Claire Lee Chennault Is A Member Of