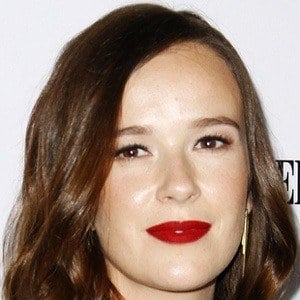 Big and small screen actress most well known for her portrayal of Carla Smith in the 2008 film The Square. She would go on to appear in the acclaimed series The Pacific and earn a recurring role in Hawaii Five-0.

A dancer from the age of three, she would go on to study at Presbyterian Ladies College and the National Institute of Dramatic Art.

She has had a number of recurring TV roles in Love My Way, Rush, Game of Silence, and Pulse.

Born in Broome, Western Australia, she would later live in Perth and Sydney. She eventually settled in Los Angeles, California.

Her character on Hawaii Five-0 is the ex-wife of Scott Caan's character Danny Williams.