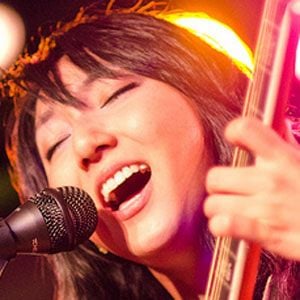 Known for such solo albums as Organika and Esc, this California-based singer, songwriter, and guitarist initially became famous for her song "Offbeat," which was viewed on YouTube by thirteen million people in the three years following its online release.

Her debut album, The Art in My Heart (released in 2010), was influenced by the music of Coldplay, Sara Bareilles, Feist, and John Mayer.

In 2010, she collaborated with rappers Jay Park and Dumbfoundead.

Born in New York to South Korean parents, she later settled in Southern California, where she earned a degree in psychology from the University of California, Irvine. In 2013 she married Dan Fisher.

In 2011, she toured with fellow YouTube music sensation David Choi.

Clara Chung Is A Member Of