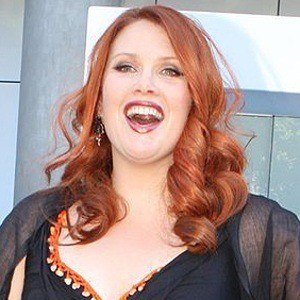 ARIA Award winning musician whose influences include folk, rock, and pop. She began recording professionally in 1998 after forming the band Red Raku.

She began to write and privately perform music at the age of 3 and attended Melbourne University's School of Creative Arts.

In 2010 she had the opportunity to interview Australian Prime Minister Julia Gillard.

She was introduced to her, now husband, Marty Brown in 1997.

In 2011 she released a single titled "Now You're Home" which features vocalist Lanie Lane.

Clare Bowditch Is A Member Of