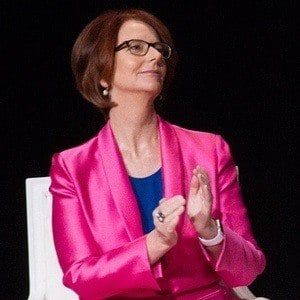 She earned a Bachelor of Laws degree from the University of Melbourne in 1984.

She served her country as the Minister of Education from 2007 to 2010.

She started a relationship with Tim Mathieson in 2006 but has no children, having long expressed a lack of desire to have them.

She was both preceded and succeeded, albeit briefly, by Kevin Rudd.

Julia Gillard Is A Member Of