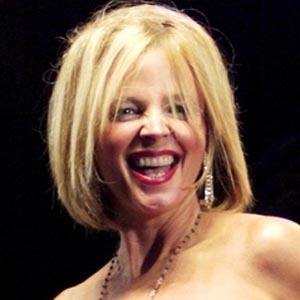 Singer and actress who first rose to fame as the lead vocalist of the 1980s band Altered Images. She would go on to earn acting roles on popular shows like Skins, EastEnders, and Red Dwarf.

A member of the Scottish Youth Theatre, she was working as a waitress at the Spaghetti Factory when she was spotted by film director Bill Forsyth. This led to her breakout role in 1981's Gregory's Girl.

She broke into the work of children's books in 2008 when she released the novel Tallulah and the Teenstars.

In 1994, she married musician Stephen Lironi. Over ten years later, the couple adopted a daughter.

While on Skins, she played Shelley McGuinness, the mother of Mini McGuinness, Freya Mavor's character.

Clare Grogan Is A Member Of