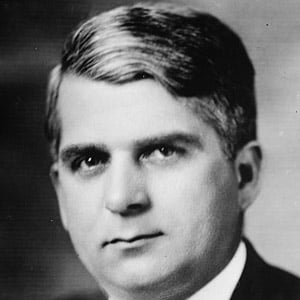 American grocer who developed the first self-service grocery model with the Piggly Wiggly store. His ideas have had a major influence on the development of the modern supermarket.

He worked in a general store when he was fourteen and later in a Coke plant and a sawmill before returning to groceries.

He branded several of his ventures under "Clarence Saunders Sole Owner of My Name" including his football team and chain of his stores.

He had three children with his first wife, Carolyn Walker, and one child with his second wife, Patricia Bomberg.

Clarence Saunders Is A Member Of