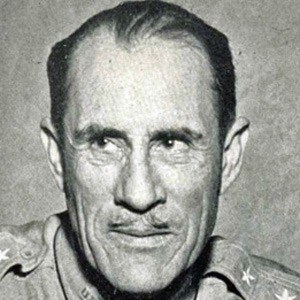 First Native American to serve as a Major General in the U.S. Army.

He served on the home front during World War I and also learned to fly.

He lost his life during the Battle of Midway, becoming the first high-ranking officer to die in World War II.

He was descended from members of the Osage tribe.

He was Dwight D. Eisenhower's classmate at the Army Command and Staff College.

Clarence Tinker Is A Member Of