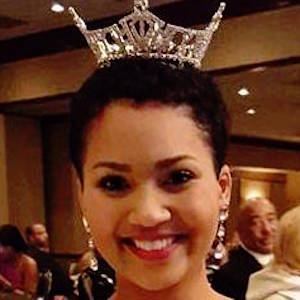 Pageant winner best recognized for being crowned Miss Kentucky in the 2015 Miss Kentucky competition. She'd previously won the title of Miss Horse Capital of the World.

Diagnosed with dyslexia in third grade, she spent her early education in special education classes. However, by sixth grade she'd overcome much of her disability and eventually graduated early from high school, earning a full scholarship to the University of Kentucky.

While studying at the University of Kentucky, she majored in vocal performance and minored in political science.

She was raised alongside her brother, Jackson, and her parents, Ginger and Johnathan, in Lexington, Kentucky.

She followed in the footsteps of the Amazing Race's Mallory Ervin when she won the title of Miss Kentucky.

Clark Janell Davis Is A Member Of