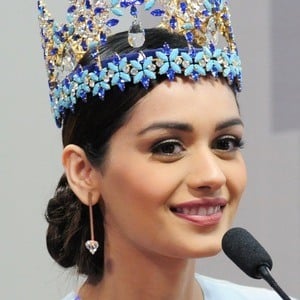 She trained as a Kuchipudi dancer and attended the National School of Drama.

While competing in pageantry, she pursued a medical degree at the Bhagat Phool Singh Government Medical College for Women in Sonipat.

Both of her parents worked in medicine. Her mom, Dr. Neelam Chhillar, was the department head of neurochemistry at the Institute of Human Behaviour and Allied Sciences while her father Dr. Mitra Basu Chhillar worked as a scientist for he Defence Research and Development Organisation.

She was the sixth woman to win the title of Miss World, and the first since Priyanka Chopra in 2000.

Manushi Chhillar Is A Member Of