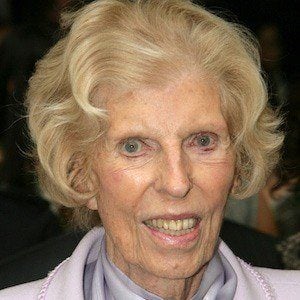 Wife of Georges Pompidou, who was the French president erin 1969 to 1974. She was a noted philanthropist and patron of art.

She met her future husband while studying law in Paris.

She helped establish the Centre Georges Pompidou in memory of her husband.

She married Georges Pompidou in 1935 and stayed with him despite her aversion to political life.

Jacques Chirac, the future president of France, was the treasurer of her Centre for several years.

Claude Pompidou Is A Member Of