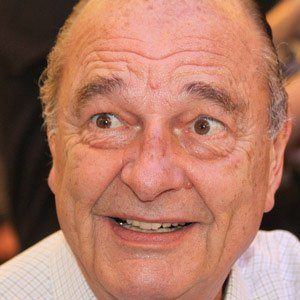 French politician who, in his long career, served as both the President and Prime Minister of France. He was also the Mayor of Paris from 1977 to 1995.

He attended Harvard University and later fought in the Algerian War.

He was the Prime Minister of France from 1974 to 1976 and then again from 1986 to 1988, making him the only person to hold the position of Prime Minister twice under the Fifth Republic.

He had two children with his wife Bernadette Chirac.

He was portrayed by Charles Fathy in the film W. directed by Oliver Stone.

Jacques Chirac Is A Member Of