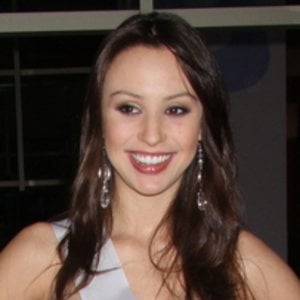 TV show host and former pageant winner who toured with the Healthy Kids, Happy Kids children's charity organization in Indian in 2011. She started hosting on Bolivia's ATB television network in 2013.

She was nominated for the International Olympiad on Astronomy and Astrophysics in Indonesia in 2008.

She was crowned Miss Bolivia 2009 and represented her country at Queen of the World 2009 and Miss Universe 2010. She has over 170,000 followers on her claudiaarcelemaitre Instagram account.

She and Eloisa Gutierrez are both TV show hosts from Bolivia.

Claudia Arce Lemaitre Is A Member Of