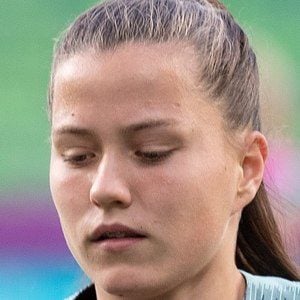 Spanish professional football player who is known for her work as a forward for the Barcelona club. She is also known for having played as a striker on the Spanish Under 20 and Under 17 national teams.

She started her career in the Espanyol academy during the 2011 season. She then started training with the Barcelona academy starting in 2013. He senior career debut for the Barcelona B team came in 2016 and that same year she debuted with the Spanish Under 17 national team.

She has earned several honors and awards for her playing including the FIFA Under 17 Women's World Cup Champion during the 2018 season.

She was born an raised in Montcada i Reixac, Catalonia, Spain and shared a photo with her grandmother to Instagram in January of 2017.

Alexia Putellas and Sandra Panos are fellow football players also known for having played on the Spanish Under 17 national team.

Clàudia Pina Is A Member Of