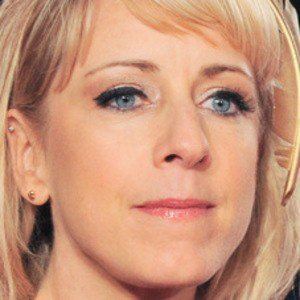 English film and television star best known for her portrayal of Emma Timmins in the BBC drama Lark Rise to Candleford. She is also recognized for bringing to life Charlotte Lucas in the 2005 adaptation of Pride and Prejudice.

After studying at the Central School of Speech and Drama, she began her career on stage appearing in the Royal National Theatre's productions of Rosencrantz and Guildenstern are Dead and Peter Pan.

She has held recurring roles on numerous popular shows including Grantchester, Cranford, Vital Signs, and Playing the Field.

Her mother, Lin, is a soap star known for appearing in EastEnders, and her father, Alan, was a member of the 60s band the Tremeloes. Her sister, Kirsten, is the lead singer of Little Spitfire.

In 2005's Pride and Prejudice, she stars as the best friend of Elizabeth Bennet, played by Keira Knightley.

Claudie Blakley Is A Member Of