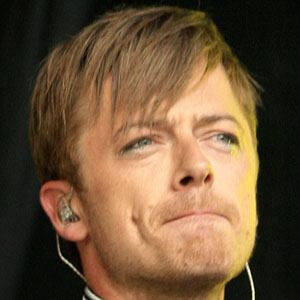 Keyboardist best known as a member of the multi-platinum Danish band Aqua. He played on the band's breakout hit, 1997's "Barbie Girl," which hit the top of the singles charts in eighteen countries.

He worked at a clothing store before meeting Aqua's Soren Rasted in the late 80's.

He and Aqua recorded a 1995 cover of "Itsy Bitsy Spider" under the name Joyspeed.

He was previously married to journalist Siggy Norreen. The have a son named Elliott.

He has played with singer Rene Dif in Aqua.

Claus Norreen Is A Member Of