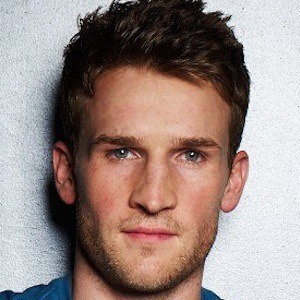 Theatre and TV actor known for his roles in productions of One Arm, Bonnie & Clyde, and Road Show. He's performed both on and off Broadway.

His first major acting role came in 2008, when he played Hollis Bessemer in Road Show.

He was in four episodes of The Carrie Diaries in 2014.

He married Eric Rosen in 2012. He was raised Mormon, but has said his family has been accepting of his marriage.

He appeared alongside AnnaSophia Robb on The Carrie Diaries.

Claybourne Elder Is A Member Of