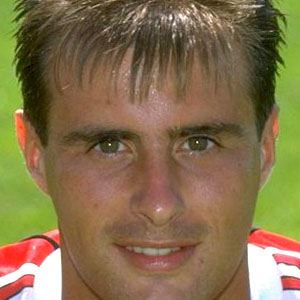 Welsh retired soccer player best known for playing with the English Premiere League Club Manchester United from 1982 to 1994. At the international level, he represented Wales from 1985 to 1997.

He became a finalist for the FA Youth Cup after joining Manchester United at age sixteen.

He won the UEFA Cup Winners' Cup with Manchester United for the 1990-91 season.

He married a woman named Tracey, with whom he has twins named Corey-George and Lullah-beau.

He was signed to Middlesbrough by player-manager Bryan Robson in 1994.

Clayton Blackmore Is A Member Of