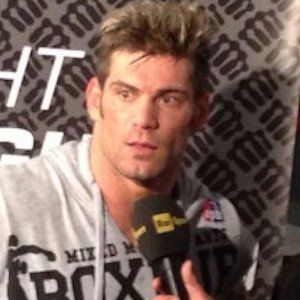 He scored an early gold medal victory at the 2005 Almeira Mediterranean Games in the heavyweight division.

He was born in Caserta, Italy.

He was a boxer who also starred in the film Tatanka. He and Vito Antuofermo share the distinction of being both a boxer and actor.

Clemente Russo Is A Member Of