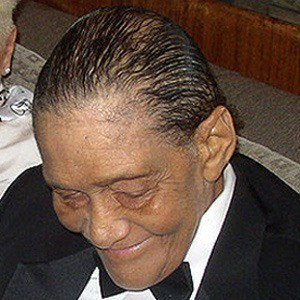 He was signed to Ray Charles's record label in 1963, with whom he recorded the album Falling in Love is Wonderful.

He performed at the inaugurations for presidents Dwight D. Eisenhower and Bill Clinton.

He was married five times, once to Jeanie Scott.

He was a fan of Billie Holiday's music.

Jimmy Scott Is A Member Of