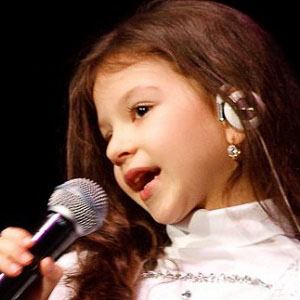 Singer from Moldova who set numerous records, including being the youngest person ever to receive an award from MTV. She is best known for her smash hit single "Ghita." In 2016 and 2017 she began appearing on several reality shows as a guest star, including Top Chef.

She sang lead on her first recording when she was three years old.

She became the youngest person ever to have a number one hit in any country with "Ghita" in 2006.

Her father is the well-known singer and guitarist Pavel Stratan.

At three years old, she surpassed Shirley Temple as the youngest performer to record an album.

Cleopatra Stratan Is A Member Of