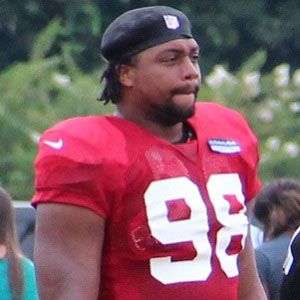 NFL defensive lineman who was a seventh round pick of the Atlanta Falcons in 2011.

He played his college career for the University of South Carolina Gamecocks.

At six feet and four inches tall, he weighed in at two hundred and seventy five pounds at the time of the 2011 NFL draft.

He and Marcus Lattimore both played for the University of South Carolina and the Atlanta Falcons.

Cliff Matthews Is A Member Of