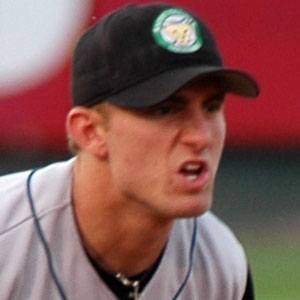 MLB short stop and second baseman who began his MLB career in 2008 with the Oakland A's.

He signed a 2-year, $5 million contract with the Diamondbacks in early 2013.

Ryan Roberts was another Texas native who played for the Diamondbacks.

Cliff Pennington Is A Member Of